Entering the weekend just 28 points out of the championship lead in the J&A Service Pro Mod Drag Racing Series, Troy Coughlin was hoping a big result at zMax Dragway would propel him to the lead by the end of the 10th annual NHRA Carolina Nationals.

Instead, Coughlin was nipped by a scant five-thousandths of a second in Saturday's first round of eliminations by veteran Mike Janis, who eked out a tiny holeshot win that allowed him to cross the finish line a few inches ahead of Coughlin's twin-turbo JEGS.com Chevrolet Corvette C7.

"Mike and his crew over there have done a good job and they've been testing a lot during the break," Coughlin said. "We haven't seen them at the tracks we've visited but he's been out there testing his car somewhere and it's definitely showing this weekend. He made some good runs this race, including just now, so hats off to him for sure."

Racing from the No. 12 spot, Coughlin posted his best run of the weekend against Janis, leaving with a great .020-second reaction time and running a strong 5.873 at 253.80 mph. But Janis was better off the tree with a stellar .011-second light that gave him enough of a lead to hold off Coughlin's hard-charging car and win with a slightly slower 5.879 at 247.66 mph.

"We came out swinging pretty hard this weekend but adjusting to the latest rule change we ended up having some rough qualifying runs early on," Coughlin said. "Steve (Petty, crew chief) and the guys put a tune-up in it today and got the car going in the right direction. We ran quick enough this morning to get in the field and we really felt at that point we had something to capitalize on and we did, picking up a little bit more in the first round. Unfortunately, we needed just a little bit more oomph."

Adding to the pain of the loss was the fact points leader Mike Castellana survived the first round despite running a 6.000 at 246.84 mph when his opponent, Khalid alBalooshi, spun out of control and had to abort his run.

Now Coughlin has to hope Jonathon Gray, Castellana's Round 2 opponent, can take advantage of the lane choice he earned with a Round 1 pass of 5.869 at 248.71 mph and minimize the damage in the standings with two national events left on the schedule. Gray and Castellana race at 1:50
p.m., Sunday.

"Win lose or draw there are a lot of good racers out here and hopefully Jonathon takes Mike out so he doesn't run the points up on us by too much," Coughlin said. "Mike's a good racer, Jonathon is a good racer and Rickie (Smith, Gray's crew chief and car owner) can put together fast runs. It's certainly going to be a good race. We will be cheering on Jonathon. Nothing against Mike but hopefully we can have more drama closer to the end of the year so we need Jonathon to stop the bleeding." 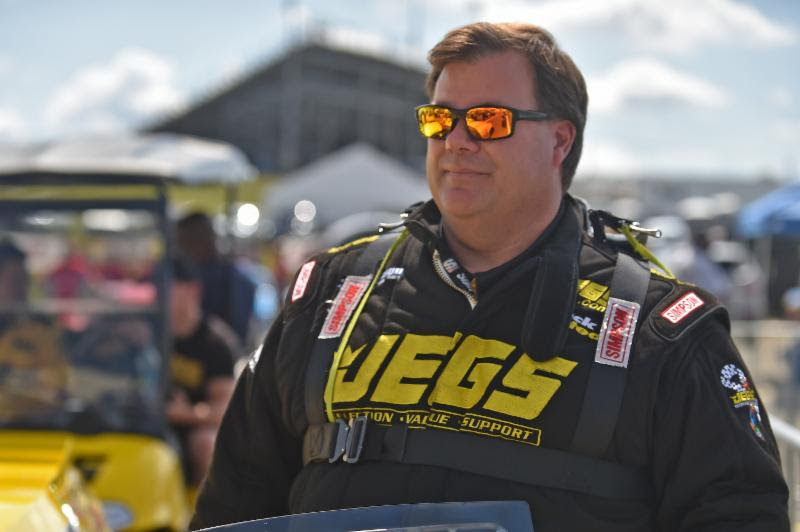 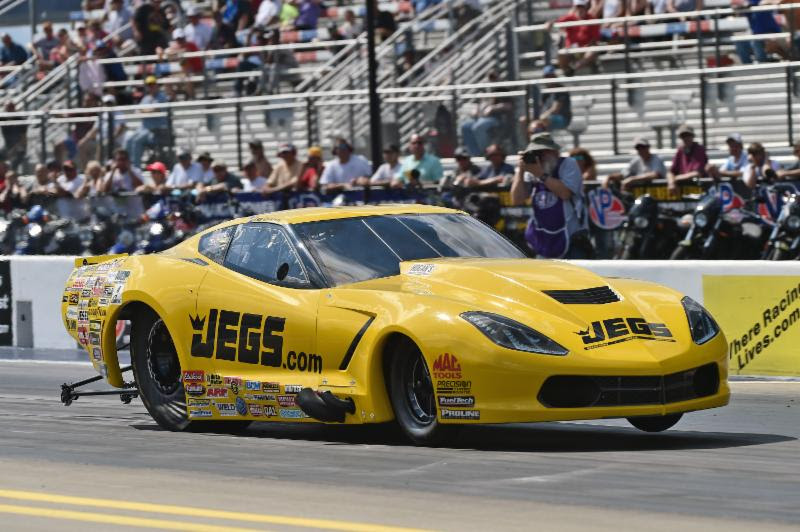