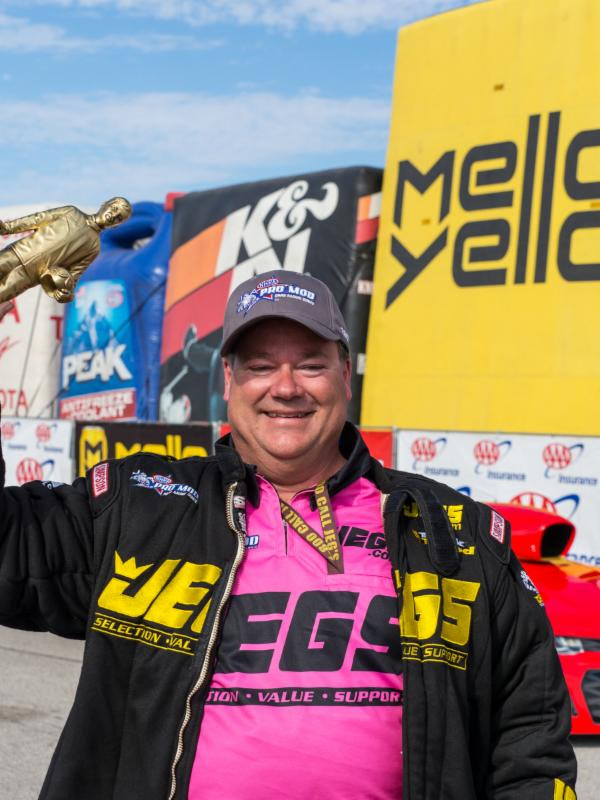 Coughlin entered the weekend 48 points adrift of leader Mike Castellana and was unimpressive in qualifying, taking the No. 12 slot while Castellana earned the pole. But once eliminations started, everything shifted Coughlin's way with Castellana upset in the first round by final qualifier Pete Farber and Coughlin powering through four rounds to score his second victory of the season.

"Things are really good right now," said Coughlin, the 2012 and 2015 Pro Mod world champion. "We came into this race a little more than two rounds behind in the points and now we've managed to flip it to where we actually have a little more than a round's worth of a points lead going into the last race.

"This win was a total group effort. Crew chief Steve Petty, Kyle Pettis, Mike Rees, all of the guys on the JEGS.com team back at the shop, have done an excellent job keeping this car going. Mac Tools, Proline, Fuel Tech we couldn't do it without those people and I couldn't be prouder of everyone that helps us. They are the reason for our success."

After upsetting reigning series champion and longtime rival "Tricky Rickie" Smith in Round 1 action Saturday night, Coughlin marched past Steven Whiteley, Farber and Khalid alBalooshi in the final Sunday to move 26 points ahead of Castellana with only the Las Vegas race left on the docket.

"We need to go to the last race and swing as hard as we did here," Coughlin said. "That's what it takes to win the championship. We are a five-star team and these guys have worked really hard all the way from research and development, to the dyno work that was put in, plus all those hours of testing. It's a dream come true to be in this position, for sure."

Knowing what was on the line, Coughlin coolly left ahead of all three Sunday opponents, averaging a .030-second reaction time. His victory over Whiteley came via a holeshot, with Coughlin's .032-second headstart enough to give him the win with a 5.783 at 255.29 mph beating Whiteley's 5.777 at
252.05 mph.

"We need to dig deep for the last race," Coughlin said. "We are ahead in the points but Mike Castellana, crew chief Frank Manzo, that whole group of guys over there are pretty tough. We need to keep them down so we'll go into Vegas just like we did for this race: We'll maintain what we're doing, try to build on and capitalize on everything we did right today, and not make any mistakes." 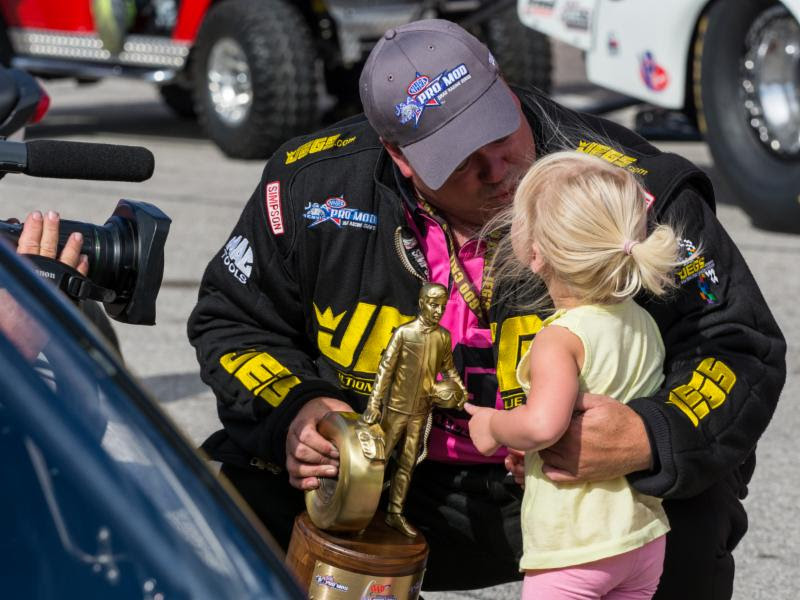 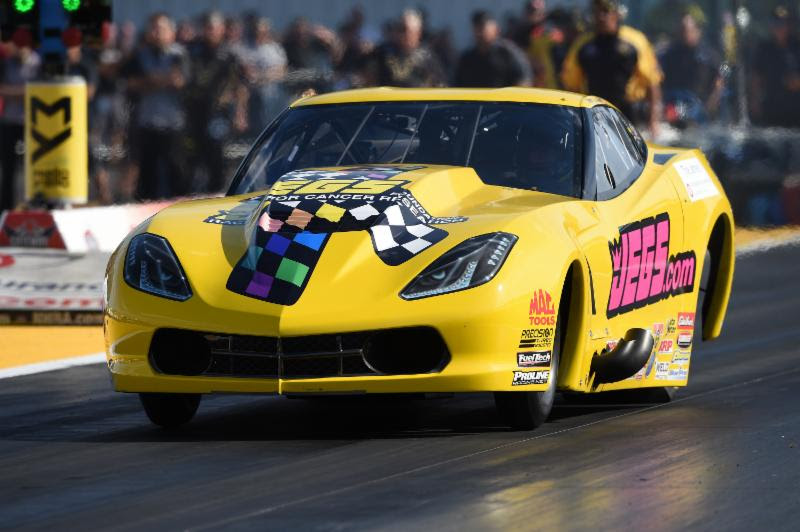 This was the second win of the season for the JEGS.com Chevrolet Corvette.
--30--